Laser cleaning is an eco-friendly process used to remove rust, paint, oxide and other contaminants from metal surfaces. Because of its efficiency, it is being used in an increasing number of applications. Laser cleaning requires a pulsed fiber laser (typically 100W 200W 300W 500W ) or continuous fiber laser ( 1000w 1500w 2000w)

Traditional industrial cleaning methods are often seen as tedious (and for good reasons). Rust removal can be time and labor consuming. Oxide removal may involve hazardous chemicals specific to each material that needs to be removed. In some cases, paint removal by sandblasting can damage the metal underneath.

Dealing with these problems usually comes at a significant cost, but laser cleaning is changing this: it is a cost-effective solution that reduces cleaning times and maintenance.

If you are skeptical about these claims regarding laser technology, keep reading for the key facts about what a laser does when removing contaminants and coatings.

1. All Materials Have an Ablation Threshold

Laser ablation occurs when a material layer or a coating is removed with a laser beam. This is the process behind all laser cleaning applications. Take laser rust removal on steel. When the beam hits the surface, molecular bonds in the dust or rust layer are broken and ejected from the substrate. In less technical terms, you can imagine that the layer to be removed is simply vaporized by the laser beam. 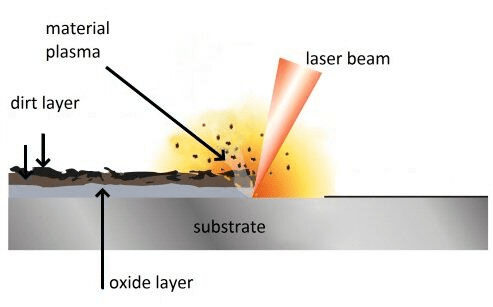 A simple way to grasp the importance of the ablation threshold is to compare it to throwing a ball over a wall. If you don’t throw it high enough, it will never make it over to the other side. Even if you throw the ball a thousand times, you will always fail. The same applies to laser derusting. You can shoot the laser beam a thousand times but as long as the energy is below the ablation threshold of the material you’re working with, nothing will ever be removed.

2. It is Possible to Remove a Material in a Highly Selective Way

Let’s continue with our analogy. Imagine there was a second, higher wall behind the first one and that a ball was thrown with just enough energy to make it over the first wall, but not enough to make it over the second. The ball would bounce off the second wall and fall in between the two walls. Once again, no matter how many times you throw the ball, you will always get the same result. You will make it past the first wall but never the second.

For example, the rust ablation threshold is much lower than the threshold for common metals like steel and aluminum. The same goes for paint and oil. This vast gap between two values allows contaminants and coatings to be completely vaporized without any risk of damaging the base material underneath. There’s just not enough energy for damage to happen.

3. It is Consumable-Free and Environmentally Friendly

As this cleaning method only uses a laser beam to vaporize the layer to be removed, there are literally no consumables with it. This is the beauty of lasers, which only need a power plug to be set and ready to go.

On top of this, lasers use no chemical products or solvents. This makes laser surface cleaning one of the safest solutions when it comes to rust and coating removal. Not only is there no chemical waste to take care of, but employees are totally safe when working near laser cleaning machines, which are designed to meet international laser safety standards. Employees won’t need personal protective equipment and won’t have to handle those pesky chemicals.

That being said, since laser cleaning vaporizes materials into fumes, you should have a fume extraction system near the laser to ensure that no paint, oil or dust particles are released into the air.

4. Laser Cleaning is of Interest for Various Industrial Applications

Removing the burnt rubber residue from tire molds; giving a new life to old pipelines; cleaning pipes in nuclear power plants; and even larger projects such as removing paint from a rusty bridge and preparing welding surfaces are all projects that can benefit from industrial laser cleaning.

This non-contact cleaning technique can be used in countless industrial applications. The only limit is the capacity to discriminate between the material to be removed and the one to be protected.

At the moment, the most common laser cleaning applications include:

Laser ablation is not only used for cleaning, it’s also widely used for other industrial applications.

Laser cleaning solutions can overcome many of the problems faced with rust removal and other industrial cleaning applications. By selecting a specific material to be removed, fiber lasers offer a fast, as well as a set-and-forget solution for many industries. 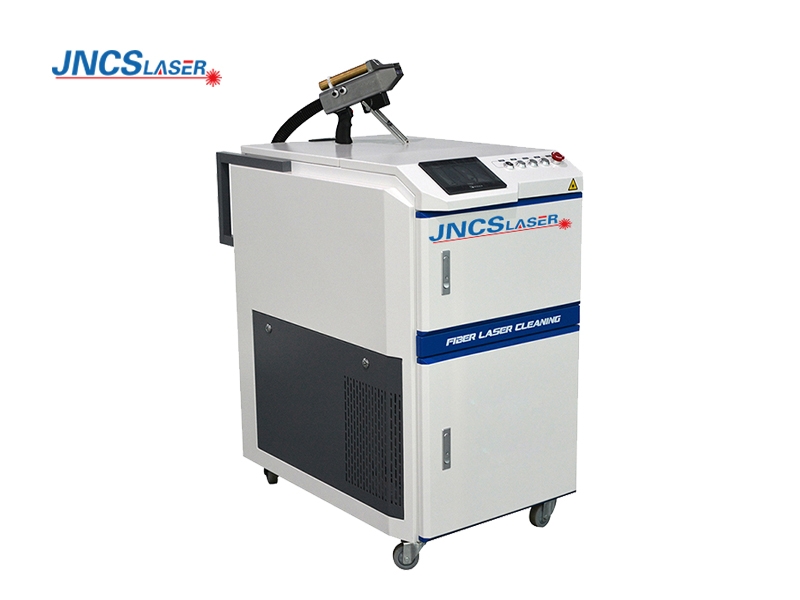 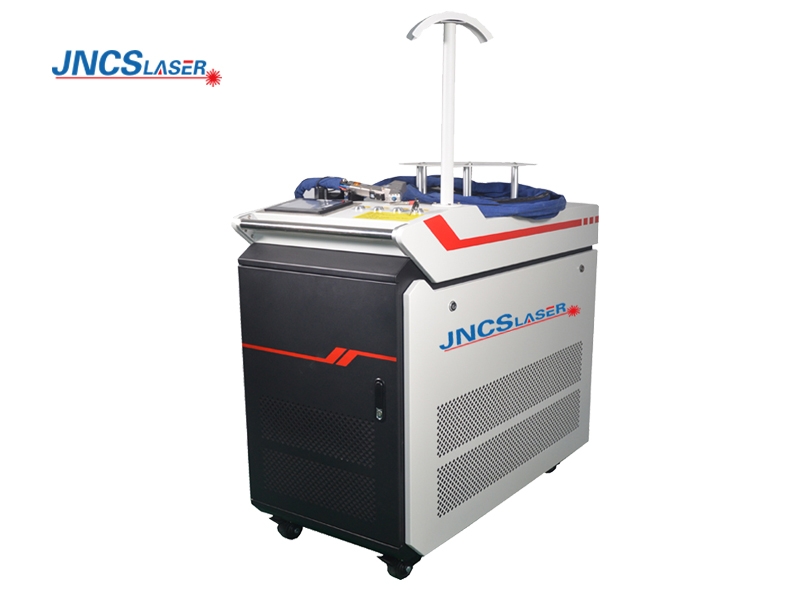 How to Choose the Suitable Fiber Laser Marking Machine?